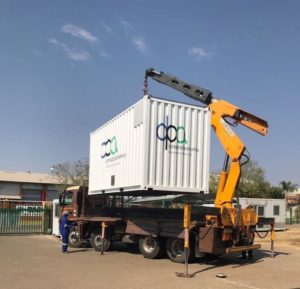 The Kenya electricity market is characterised by an overflow of energy generation. This excess capacity is available throughout the day but is particularly prominent during the night. Kenya’s installed generation capacity is a generation mix with over 93% renewables.  It is sitting at over 2 900 MW and now exceeds the current peak demand of approximately 1 900 MW.  Demand goes down even further to about 1000 MW at night during the off-peak.  This is impressive as some countries in the Southern African region like South Africa, Zambia and Zimbabwe are experiencing deficits at the moment. Kenya’s next task is to extend and rehabilitate its transmission and distribution network.

In a bid to encourage firms to use more electricity at night,  the government has implemented a Time of Use (TOU) tariff to encourage heavy industrial users to shift production to the evenings and also to extend operating hours to boost productivity.  This lower rate call is in a bid to fully utilise their baseload capacity from Geothermal instead of having to curtail/vent their geothermal power plants. Despite night-time tariffs being up to 50% cheaper than the daytime “High Rate”, only 26% of the 3 120 eligible firms have opted into the TOU program according to the CCI report. This inertia has been attributed to reluctance by the firms to adjust their work schedules.

So where can all this excess and very clean night-time electricity go? Firms can install advanced battery storage systems to tap into this cheaper night-time electricity and use the stored energy during peak times and also to secure daytime power quality and security in the event of voltage fluctuations or power cuts.  Prices of Lithium ion batteries have been falling significantly over the past decade and the business case for adding storage is now quite compelling for back up times of up to 2 hours. Electricity tariffs from the local utility can be as high as 23 cents/kWh including levies and taxes while businesses on grid tied solar systems can pay well below 10 cents/kWh for power on PPAs.

Firms are less subjected to prolonged power cuts which is why grid tied systems are now quite popular.  DPA’s proposals take into account the daytime “High Rate” utility tariffs and propose that customers offset their energy with grid tied solar for a significant saving.  DPA has already installed PV systems coupled with lithium ion storage at several facilities in Kenya including at two  health facilities in Mombasa.  Switch your business to grid tied solar with storage today on www.dpaafrica.com.