An excerpts from the DPA BJCC Workshop

At a DPA Supply optimization workshop, facilitated by Bollig Jungermann Consulting and Communications, the future of Solar PV in this new decade was concluded to be gloomy and all rosy for solar plant owners, investors as well as customers and users

The increase in global adoption of Solar PV is accelerating further, and thus the technology is experiencing continuous lower systems and generation costs, more investments and a more significant socio-economic role.

According to a 2019 IRENA study, future world energy demand will sustain this accelerated adoption of solar PV, an in turn, the industry could employ over 18 million people by 2050.

The next 10 years is a bright one for Solar PV technology investors as according to the IRENA reports, there will be a drop of more than fifty percent in the turn-key installation costs; the LCOE of the technology is projected go down to as low as US$0.02. The annual average investments is also expected to increase by over 45% and the solar industry is projected to become a significant socioeconomic factor with more than 11million jobs globally. 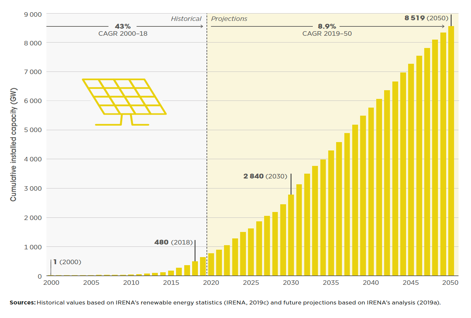 In simple terms, the annual global solar PV additions are expected to reach 270 GW over the next 10 years when compared to the 94 GW addition 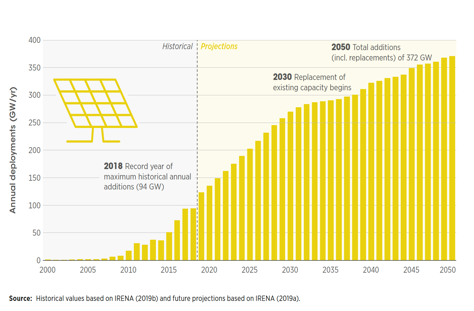 Furthermore, Distributed generation – small and medium sized solar PV systems, connected to lower voltage levels near to end users -have increased in the past years.

Equally, Solar PV for off-grid uptake has become the most reliable, easily deployable and (in most cases) most economical energy solution to address immanent power needs where the grid is available or reliable. It is believed that these off grid systems with new solar technology applications such as floating solar PV, solar desalination, solar trees, carports and solar agricultural solutions will gain more ground over the next decade.

DPA holds a strong position in contributing to the large scale roll out of solar PV as a company dedicated to the development of Africans. We urge all stakeholders to support the shift towards renewables. 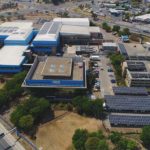 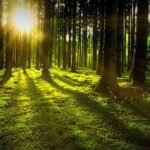