Zimbabwe’s newly appointed Minister of Energy & Power Development, Honourable Fortune Chasi, recently announced that 30 Independent Power Producers (IPPs) risk losing their licences for failing to execute on their projects at the Annual Mining Conference in Victoria Falls. Although this can be seen as a tough decision, the move opens up the renewable energy space to serious players and investors that can contribute to power generation projects. This will in turn help meet the country’s immediate power supply needs, as well as feed surplus energy into the national grid.

To ensure that only Independent Power Producers (IPPs) with the capacity and expertise to deliver on their projects are awarded licences on time, the Honourable Minister went on to say that the government intends to introduce a Renewable Energy Policy that is based on a competitive bidding process.

As it is, the current hydro-power challenges which have led to energy deficits and pressure on the national grid, have resulted in a dire 10-12 hour load-shedding schedule across the country which is counter-productive. This however can be addressed by the fast deployment of solar, which has the capacity to increase Zimbabwe`s power supply, whilst reducing its dependency on energy imports from neighboring countries.  The resultant savings in foreign currency can be used for development purposes, hopefully towards renewable energy infrastructure and components, which are currently not high on the forex allocation priority list.

Following the conference, the Minister took time to tour our recently commissioned 466KW grid-tied solar power plant, installed at Econet’s Switch office in Willowvale, Harare.  Stating that “Solar is not a thing for the future but now” Minister Chasi congratulated DPA and Econet on taking the lead in the adoption of solar energy, an affordable, sustainable and clean option that reduces our nation’s carbon footprint. Constructed under an Independent Power Producer (IPP) Licence, the plant is our largest commercial and industrial project to date in our pipeline of 150MW.

We were given a chance to share the industry challenges and Divyajeet Mahajan, CEO DPA highlighted issues such as small thresholds, licencing bottlenecks, access to foreign currency and high import duties on solar components. The Minister expressed that government, together with the Zimbabwe Energy Regulatory Authority (ZERA) and the Rural Electrification Authority (REA), will work towards providing an enabling environment for players in the renewable energy sector, that allows for innovation, and the ease of renewable energy adoption and licensing.

Are you considering going green? Switch over to solar with us at 100 Financing and zero investment on your part. Request a free assessment today on https://www.dpaafrica.com/. 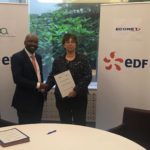 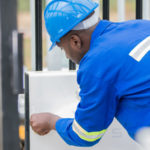