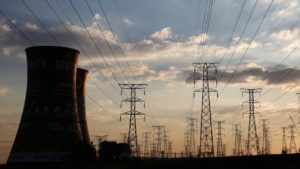 South Africa’s public electricity utility company, Eskom has been implementing various levels of load shedding periodically over the past few years. Load shedding is expected to continue for the foreseeable future because a large portion of Eskom’s generating fleet is out of service. This is due to unplanned breakdowns and another significant chunk is on planned maintenance periodically.  As a result,  Eskom is losing out on much needed revenues. According to Eskom’s Key Strategic Priorities in the May 2020 presentation, their debt is approaching R450 billion.

Eskom is moving to reduce losses and improve margins in a bid to return to profitability by:

Eskom is also still working on completing several units at the “New Build Sites” Medupi, and Kusile.  However, the Covid-19 environment has slowed things even further. The company desperately needs new generation capacity as soon as possible, but building any new big central power plant will take time. Impatient customers in the Commercial and Industrial (C&I) sectors who provide a huge chunk of Eskom’s revenues have been installing grid tied PV systems over the past few years. This is all in a bid to cut their electricity costs as generating solar onsite for own consumption is much cheaper than buying from Eskom.

Displacing some of Eskom’s kWh’s during the day with PV has a much needed boost for companies. It will help in cutting expenditure and in many cases theses companies can get PV systems on Zero Capex Lease Models. These are offered by several developers in the rooftop solar market including DPA. Some estimates put the total figure of installed PV capacity in the distributed/rooftop space in South Africa at close to 500 MW.

As more companies and homes add onsite PV generation, Eskom will lose out on more revenue via reduced kWh sales to these large consumers. A smart partnership with developers could help Eskom boost their revenues in a very fast and easy to implement manner.

Working with Eskom, these private players could help unlock some efficiencies by making better use of available capacity without Eskom spending any money. A simple load shifting program backed by battery storage is one way to solve the problem. If funded by independent developers, it could help address two big problems simultaneously. According to Eskom, a typical day sees demand peeking well above 30 000 MW between 4pm and 8pm. It then drops to a low of around 23 000 MW between 12 midnight and 4am.

Most importantly, businesses will be assuring revenue that would have otherwise been lost due to load-shedding. For instance, Eskom in collaboration with Municipalities, could Lease battery systems over a 10 year period. They can add the monthly lease fee to the monthly electricity or prepaid bills as a pass through to the consumers.

A lot of these storage systems are capable of providing a continuous 3 kWh of power. For illustrative purposes, having 1 million of these installed in homes and small offices can provide 3 000 MW of power as needed. This is enough for Eskom to avoid stage 2 load-shedding. These MWhs would be giving Eskom a much needed revenue boost, replacing lost revenue from load-shedding.

DPA offers a 100% financing option. If you are a business owner, take advantage of our exciting offer! Be sure to fill in the form on our Contact Us page or email us on enquiries@dpaafrica.com and we will be in touch. 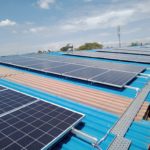 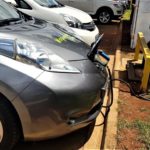