by DPA Africa in Remeredzai Joseph Kuhudzai. Posted May 4, 2021

Growing up in the 80s, we were privileged to enjoy some outstanding TV shows. One of the favorites was of course the A Team. A favorite line for many viewers was Hannibal Smith’s famous “I love it when a plan comes together.” Now would be a good time to use that line with respect to Kenya’s impressive performance in chasing its renewable energy generation target.

A few years ago, Kenya had pledged to ensure that by 2020 its electricity generation mix would be made up of 100% renewable energy sources. Back then, renewable energy’s contribution was close to 77%. Since then, Kenya has built and commissioned the 310 MW Turkana Wind Farm and most recently, the 54.6 MW Garissa Solar PV Plant. These two power plants have helped push renewable energy generation’s contribution to an awesome 93%! The other major contributors in Kenya’s energy generation mix are geothermal and hydro. It’s always good to hear about this kind of progress and seeing governments meeting their targets. Kenya is certainly in a strong position to displace the remaining 7% currently coming from thermal power stations by the end of the year. 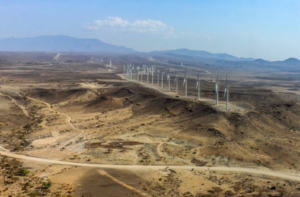 All of this brings some good problems. Kenya’s installed generation capacity is sitting at over 2,700 MW, which now exceeds the current peak demand of around 1,900 MW. This is impressive, and is something that some countries in the Southern African region like South Africa, Zambia, and Zimbabwe are struggling with at the moment. Kenya’s next task is now to extend and rehabilitate its transmission and distribution network. At night during the off-peak periods, this demand goes down even further, to about 1000 MW. So where can all this excess and very clean night-time electricity go? It would be a shame if they must curtail all that clean geothermal energy at times. So far, the government has moved to slash the tariff during the off-peak night times to encourage heavy users to take up more electricity during the night.

Now is the time for the utility company to look at avenues of increasing revenue generation and where they could possibly get a steady stream of new customers. Electric vehicles would be a good start! EVs could be the saviour by providing a new channel to soak up some of that excess electricity as cars trickle-charge off Level 2 home points at homes and other compounds all through the night. Fleet operators could get enhanced savings on their operating expenses by charging their fleets during the night at their depots by taking advantage of the cheaper electricity.

It’s really in the Kenyan utility companies’ best interests to aggressively promote EVs, given the projected slowdown in the growth of electricity demand from the tradition consumer segments. It seems the utility companies in Kenya are starting to get involved in promoting EVs. KenGen, Kenya’s electricity generation company, Ketraco, the transmission company, and Kenya Power, a transmission, distribution, and electricity retailer with over 7 million customers, were all part of the key stakeholders at the recent Nairobi EV Summit. Some utility companies across the continent are fearing a potential reduction in revenues from the rise in partial grid defections as more and more distributed solar energy generation systems come online. There is a growth in the uptake of solar in South Africa in the Commercial and Industrial (C&I) solar installations market. The rising number of large corporate consumers who are opting for long term corporate PPAs with independent power producers has startled some utilities. Now is the time for all these utilities to look at avenues of increasing revenue generation by joining the push to accelerate EV adoption.

One of Nopia’s Nissan Leafs charging at the Hub Mall, Karen, Nairobi Picture by Remeredzai Kuhudzai

Remeredzai Joseph Kuhudzai Remeredzai Joseph Kuhudzai has been fascinated with batteries since he was in primary school. As part of his High School Physics class he had to choose an elective course. He picked the renewable energy course and he has been hooked ever since. At university he continued to explore materials with applications in the energy space and ending up doing a PhD involving the study of radiation damage in High Temperature Gas Cooled Nuclear Reactors. He has since transitioned to work in the Solar and Storage industry and his love for batteries has driven him to obsess about electric vehicles. He is now Head of Innovation at DPA. 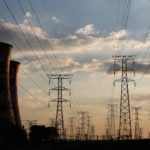